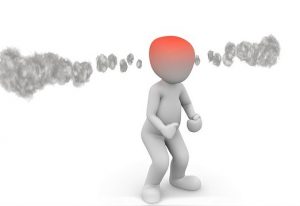 Changes to the probate rules are getting everyone worked up

The Government has sprung a real shock by announcing major changes to the probate rules at short notice. A lot of people are getting very heated about it. Probate rules are not something that normally even raise an eyebrow let alone an argument, so what’s happened?

The probate rules are the rules everyone has to comply with when applying for a grant of representation from the Probate Registry in England and Wales.

The UK Government has introduced some procedural changes and a huge increase in probate fees – the fees families pay to the Probate Registry. The changes were slipped in at the beginning of November 2018 in the Non-Contentious Probate Rules (Amendment) Rules 2018. They were put before Parliament on 5th November 2018 and come into force on 27th November. So less than a month for everybody including the Probate Registry to wake up to the changes and get ready for them.

Don’t let the title fool you, the changes are anything but non-contentious. First of all the Government wants to make it easier for bereaved families to apply for probate online. Now there’s nothing wrong with that except that to do so they are stripping out many of the procedures that provide safeguards.

Which safeguards are being removed by the new probate rules?

The amended probate rules are discontinuing the requirement that an oath has to be sworn by the person applying for the grant of representation. An oath is the paper equivalent of giving sworn evidence in court. An oath has to be sworn before a solicitor or commissioner for oaths who asks the person to confirm that its contents are true. If the person lies then they are committing perjury which is a criminal offence. The requirement that a sworn oath has to be part of the probate application process emphasizes to the person swearing the oath the importance of the document and the responsibility they are taking on. Many professionals have criticised the change to do away with oaths for probate applications because it removes a barrier to dishonesty.

The new rules that allow users to send probate applications using an online portal also have the effect that documents may be sent electronically. Again, there are benefits to that system but it may also widen the opportunity for fake documents to be submitted. Under the old probate rules the deceased person’s Will had to be seen by the solicitor or commissioner for oaths and ‘marked’ or signed by them. In the oath, there had to be a sworn statement that the Will document was produced and ‘marked’ at the time the oath was sworn.

The change to the probate rules that has attracted the greatest annoyance is the announcement that the cost of applying for a grant is increasing. The increases are massive and considered by most commentators to be a tax by another name. O.K. so the proposed increases are not as dramatic as the Government had originally wanted and smaller estates under £50,000 will be exempt. Nevertheless, all other estates are going to be hit by heavy fees that the bereaved family will have to find before they can have access to the deceased’s assets. Even executors of wealthy estates that will have to bear costs of up to £6,000 may still find it difficult to raise that amount before they have a grant of representation.

Other consequences of the changes to probate rules

Lawyers from Solicitors For The Elderly are predicting that we could see an increase in the numbers of people being duped into setting up complex, unnecessary property trusts or similar arrangements just to avoid probate fees. Some unregulated legal services businesses have been known to charge very high fees for those types of trusts, which are mostly unsuitable for the families they claim to protect.