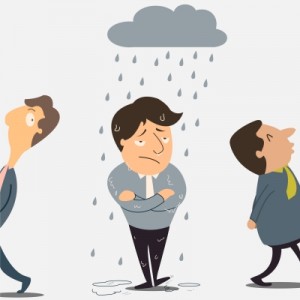 Trustees of UK charities have taken a bit of a battering in the media in recent years because of the way they run some of their activities.

And it’s not just charity trustees whose actions can come under scrutiny. Trustees of family trusts can also find themselves in the firing line if they make decisions about the management of the trust that the beneficiaries don’t like. Disputes between trustees and beneficiaries are increasing.

All trustees whether they are in charge of a charitable trust or a family trust (or a trust to protect business or pension assets) have obligations. Some of their obligations are imposed by the trust documents and others are imposed by law.

Trustees who fail to abide by their trustee obligations may suffer serious personal consequences.

Trustees have a duty of care to manage their trust properly. They could find they are removed from their posts or even suffer a financial loss themselves.

Many trustees are surprised to find they have personal liability if things go wrong with the trust.  They could face being sued through the courts and have to pay compensation if the trust or individual beneficiaries lose out because they have acted incorrectly.

They may be able to avoid serious penalties if the trustees can show they acted in good faith and there was a reasonable justification for their actions.

Business owners and professionals are often invited to be trustees because they are considered to have skill-sets that could be helpful to the trust or charity but if a business owner or professional has their reputation tarnished by association it could have a knock-on effect on their own business or employability – reputations are hard-won and easily lost.

Having said that, acting as a trustee of either a private trust or a charity can be an enormously fulfilling  experience.

What should trustees do to protect themselves, their reputations and the trusts they manage?

Tip 1 – ignorance is no defence

Every trustee, whether of a charity or a private trust must ensure they have been properly trained in their obligations and the limits of their authority preferably before taking up their role.

If you don’t read the trust documents you’re putting yourself at risk. Trust documents come in all kinds of shapes and sizes. Some family trusts are created in Wills and come into effect when the person who made the Will (the Testator) dies or if the trust is set up in the lifetime of the person creating it (the Settlor) there may be a document referred to as a ‘settlement’.

Some trusts come into effect without documentation, for example in certain situations where a person dies without leaving a Will. If the deceased didn’t leave a valid Will the statutory intestacy rules impose a trust in some circumstances. The next of kin could be the trustees. They should make sure they are aware of the statutes that apply.

Anyone who is considering accepting appointment as a trustee should find out if there is going to be any trustee indemnity insurance to cover them personally. Although successful financial claims against individual trustees are not very common, the peace of mind that indemnity insurance provides is an important consideration and although it won’t necessarily save your reputation, it could save your pocket.

At Barker Evans Private Client Law we offer training for trustees online and in one-to-one sessions.