Home » Can a Local Authority be a Deputy?

Can a Local Authority be a Deputy?

Why could a local authority be appointed as a Deputy? 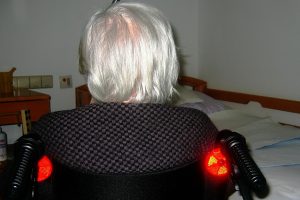 It surprises some families to learn that the Court of Protection can appoint a local authority to act as Deputy, even if there are relatives willing to be appointed as Deputy. In this article, I am going to look at how and why it can happen.

A recent case before the Court of Protection demonstrates how differences in opinion between families and social services over the care of an incapacitated relative can result in the local authority being appointed as a Deputy.

SCC v LM & Oths [2013] EWHC 1137 (COP) concerned a man who had Alzheimer’s Disease and vascular dementia.
It was judged that he lacked the mental capacity to make decisions about issues such as where he should live, his care plan and decisions about contact with family members. Following various incidents and disputes involving the family the local authority applied to the Court of Protection to be appointed as the man’s Deputy.

Decisions About Where Someone Should Live

One of the main issues in dispute was about where the man should live. His family wanted him to live at home with them and the man himself expressed a wish to be with his family. The family experienced difficulties in coping with his condition and Social Services considered that he was at risk when in the family’s care.

The local authority took into account his various health problems including his dementia, and decided that he needed 24 hour care and placed him in a care home.The court appointed the local authority to act as his deputy and authorised the sale of his home and management of his finances. The details of this particular case are complex and in some respects quite unusual but the chief issues in the case revolved around what was considered to be in the man’s best interests.

It is not uncommon for local authorities to be pro-active in applying to be appointed as deputies for incapacitated residents. They might do so that if, for example, there is a ‘best interests’ dispute with the person’s family.

What is meant by a ‘best interests’ issue?

Action taken on behalf of a person who lacks mental capacity must be in the person’s best interests. This is a key principle of the Mental Capacity Act 2005. If a local authority is involved in assessing an individual’s needs then it and its employees are under a legal duty to consider whether what is being proposed is in the best interests of the individual. If there is a dispute about this that can’t be resolved then the matter must be referred to the Court of Protection. The local authority could be appointed to act as the person’s Deputy to make sure that any decisions about the care of the individual are made in their best interests.

You might think that if the individual says they want to live in a particular place such as with their family, the local authority should not try to make them live elsewhere. However, in the SCC v LM & Oths case this is what happened because of overriding concerns about the man’s safety and health.

The judge commented that the fact that a person is capable of expressing their feelings about where they want to live doesn’t necessarily mean they have the mental capacity to make a decision about it. In other words, the ability to express emotions about a situation is not the same as understanding it.

The duties and powers of local authorities in respect of adults receiving social services are considerable and families can feel overwhelmed by the scale of the system. Understanding the MCA best interests test is very important. Getting independent legal advice at an early stage is beneficial for families and can help to avoid differences of opinion escalating into disputes with Social Services.

Rosamund Evans is a solicitor and trust and estate practitioner. She specialises in inheritance law, mental incapacity and disability law. Rosamund offers personal consultations through her law practice Barker Evans Private Client Law and help and support online through the BE My Own Lawyer legal information service.