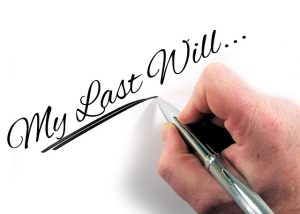 Tips for executors on errors in Wills

Errors in Wills can cause minor delays or major problems. A mistake in a Will is likely to go undetected until death. At that point it becomes the executor’s problem.

Errors generally fall into two categories: mistakes made in the technical drafting of the document and errors made when the document is signed.

Some mistakes are easier to spot than others and some are easier to put right than others. If you’re the executor of a Will containing errors it will be your responsibility to make sure any problems are sorted out.

Here are some common errors in Wills.

Errors in Wills made when the document is written

Mistakes in signing the Will

In England and Wales, Wills must comply with section 9 of the Wills Act 1837.

“The Testator must be physically present during the signing and witnessing of the Will and mentally understand what is the purpose and effect of the document”.

If the Testator doesn’t have the capacity to understand the Will then the Will isn’t valid.

Section 9 also requires at least two witnesses to be present and they must be aware of what it is they are being asked to witness i.e. that they’re witnessing the Testator’s Will.

If there is anything about the Will that could suggest s9 Wills Act 1837 hasn’t been complied with, that could throw doubt on the Will being valid.

Common errors in Wills when the document is signed

Check through the Will carefully to make sure it appears to comply with section 9 and if there are any obvious errors take steps straight away to get evidence from witnesses and the file of the solicitors who prepared the Will about the circumstances surrounding making the Will.

DON’T LET MISTAKES RUIN YOUR WILL!

Our expert Will writing services are here to help you. We’ll guide you through the whole process of making a Will including registering your Will to make sure it can be located after you’ve gone.

Check out our range of Will writing services here

Too busy to meet us?

No problem! Our online Will service lets you make a Will in the comfort of your own Will and we’ll check it for you to make sure it’s right.

Find out more about our online Will service here