OPG gets its fees for registering LPAs wrong. 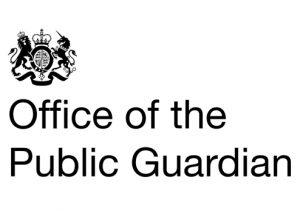 The OPG could owe you money if you’ve applied to register a Lasting Power of Attorney in the last four years.

The Office of the Public Guardian for England and Wales (OPG) has revealed that until April 2017 it has been overcharging on its fees for registering LPAs. Until April the standard registration fee was £110 per document. The OPG has now had to admit that fee was too high.

The result is thousands of people who paid the higher fees will be entitled to have the excess refunded. The amount owed is estimated to be £89 million.

“the OPG is still charging the public more than it costs the agency to process the registration applications.”

Is the OPG using Lasting Powers of Attorney to make money?

Well, in a way yes. Even though the OPG has now reduced its fees for registering Lasting Powers of Attorney and Enduring Powers of Attorney to £82, that amount is still an ‘enhanced fee’. In other words, the OPG is still charging the public more than it costs the agency to process the registration applications. Does that suggest that even using all its fingers and toes the OPG still can’t add up?

The OPG says the excess money is being used to support some of its other services that are not profitable, such as the supervision of court appointed Deputies. That sounds as if people who take steps to plan ahead in case they become mentally incapacitated by making Lasting Powers of Attorney are being made to subsidise services for people who don’t.

‘Increased volumes, coupled with greater efficiencies in processing applications, have resulted in fees being charged above the operational cost of delivering the service, without the Ministry of Justice having exercised the power provided by legislation to allow us to do this’,*

When will refunds be arriving?

Details of the refund scheme are going to be announced ‘in due course’. The OPG has said refunds will be made within the current financial year.

If you think you should qualify for a refund and your registration application was made through a solicitor or other legal professional you might need to ask them to look out for the refund payments coming via their bank accounts.

Errors by the Office of The Public Guardian

Getting the fees wrong isn’t the only mistake the OPG makes.

The numbers of Lasting Powers of Attorney and Enduring Powers of Attorney being registered have increased dramatically over the last few years. Inevitably this does lead to mistakes in the registration process. It’s not unheard of for documents to be returned from registration with pages missing or even whole documents to disappear when they’re with the Office of the Public Guardian.

Some mistakes made by the OPG relate to their interpretation of the LPA rules. They are not always right in the way they interpret the statutory rules about how the documents should be completed. If you think the OPG has made a mistake and they seem to be deaf to your arguments, ask us for an independent opinion.

What do you think about the OPG fees for registering LPAs? Why not leave a comment or question.

* Office of the Public Guardian Annual Report and Accounts

About the Author – Rosamund Evans

Other articles about registering Lasting Powers of Attorney