Home » Are home made Wills more likely to be challenged?

It’s very easy to write your own Will without involving any professional help, but are home made Wills more likely to be challenged in the courts?

According to figures obtained by The Independent newspaper there was a staggering 700% increase in the number of contested Wills going before the courts in the five years to 2013 (report by Cahal Milmo). 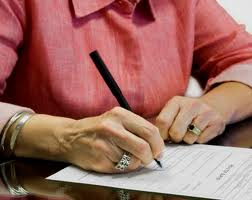 Why are home made Wills more likely to be challenged?

The recent case of Sharp v Hutchins 2015* provides an interesting example of how making home made Wills can result in the Wills being contested in the courts.

One of the requirements or formalities for making a valid Will is that the person who signs the Will (the ‘Testator’) must have ‘knowledge and approval’ of the contents of the Will.

What happened in the Sharp v Hutchins case?

The late Mr Butcher, made a Will in 2013 without any help or legal advice from a solicitor.

He was a batchelor, living alone since the death of his sister in 2002.

Mr Butcher made his Will using a pre-printed Will form. He left everything he owned to a local builder he had become on friendly terms with in the last few years before the Will was signed.

Previously, Mr Butcher had made a number of Wills over the years including one in 2011 in which he left his entire estate to be shared between his only surviving relative, a cousin and some long standing family friends.

Following his death, the 2013 Will was challenged. The beneficiaries of Mr Butcher’s previous Will claimed the circumstances surrounding the preparation and signing of the 2013 Will were suspicious. It therefore became necessary for Mr Sharp, the beneficiary of the Will to satisfy the court that the Will was valid.

Various accusations were made including the suggestion that Mr Butcher had not known and approved the contents of the Will.

The witnesses who saw Mr Butcher sign his Will gave evidence to the court that Mr Butcher was hard of hearing and possibly may have had a drink or two, on the day he signed the Will but they recalled he appeared physically well and alert.

However, the witnesses’ evidence was not identical and they had no documents or diary entries to back up their recollections of the day in question.

The court had to decide whether on a balance or probabilities the 2013 Will contained Mr Butcher’s genuine intentions and complied with the formalities for a valid Will.

Was Mr Butcher’s Will challenged because it was home made?

As no one saw Mr Butcher prepare his Will and he didn’t take legal advice on the consequences of his decision to cut out his relative and long standing friends from his Will, it was far more likely that a challenge to the Will would be made.

The circumstances surrounding the making of the Will were unclear – had Mr Butcher really written the Will himself of his own choice? Why had he suddenly cut out family and long standing friends? Did he really understand what the Will meant? Had he been subjected to pressure or undue influence to leave all his assets to a person he appears to have known on a fairly superficial level?

These were all suspicions raised directly as a result of the fact that the Will was made in secret and without legal guidance.

At the trial of the Sharp v Hutchins case in the High Court there was no one who could give evidence about the preparation of the Will. The only person who knew the true situation was Mr Butcher who was no longer around to explain his actions and intentions.

Many people are secretive about their Wills but if there are other circumstances, as there were in the Sharp v Hutchins case, that raise a suspicion that the Will might not be valid, it is very helpful if there is significant evidence about how the Will was drawn up and signed.

In the case of Gill v Woodall 2010 which reached the Court of Appeal, it was said that if a Will is prepared by a solicitor and read out to the Testator there is a strong presumption that the Will genuinely reflects the Testator’s true wishes at that time.

The persons who witnessed Mr Butcher sign his Will had no written record of the event to jog their memories of that day and their recollections were not exactly the same. Even Mr Sharp, the sole beneficiary of the 2013 Will, appears to have had no explanation of why he was named as the only beneficiary.

What are the benefits of using a solicitor to make a Will?

When a solicitor is instructed to prepare a client’s Will the process involves an assessment by the solicitor of the circumstances including whether the client appears to have the mental capacity to make the Will and whether their wishes are likely to lead to the Will being challenged in the future.

If there is a risk of problems resulting from the client’s wishes, the solicitor can suggest alternative solutions.

The solicitor keeps detailed notes of the client’s instructions which can be produced if anyone in the future should query the Testator’s Will.

The solicitor usually witnesses the signing of the Will or if that is not possible, gives detailed information on the correct way for the Will to be signed and witnessed.

The solicitor can arrange for the Will to be registered and safely stored.

All of these elements of the solicitor’s service can help in preventing a Will being challenged through the courts.

Still want to make a home made Will?

If you really don’t want to use a professional to help you, there are some steps that you could try to reduce the risk of your Will being challenged after you die:

5 Tips for Home Made Wills

Although Mr Sharp did succeeded in convincing the court the Will was valid it was only after an expensive, time consuming and emotionally upsetting court case. Why risk putting family and friends through that?

Here’s how our membership service can help

There is no doubt that the very best way to make your Will is to ask a properly qualified and experienced professional such as a solicitor with specialist qualifications in the field of trusts and estate administration to advise you and prepare the document and witness your signature. Here is more information about our ‘Wills Your Way’ will writing services.

But if you would still rather DIY, our membership service ‘BE My Own Lawyer’ provides a wealth of information, tips, and documentation you can use to support you. It’s a great way to do research before you start. Find out more here.

Read about the author Rosamund Evans