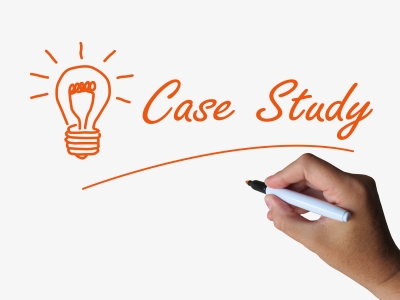 Problem: Mr and Mrs B both had health problems and found it difficult to manage their home. Their eldest son ‘John’ was living abroad with his family and had a busy career. They were in regular contact with him but he was unable to give them any practical help.

Their second son, ‘Philip’ was in full time employment but his salary was not large. He had a mortgage and young children to support. He and his wife were having relationship problems.

Their youngest son ‘Kevin’ had worked for a number of years on short term contracts. He had no savings. A year before Mr and Mrs B consulted us Kevin had to move out of his rented accommodation because he couldn’t afford it. He came to live with Mr and Mrs B and took a part-time job so that he could spend time caring for his parents and helping them maintain their property.

How to be fair to all 3 sons and protect Kevin

Mr and Mrs B said John was financially stable and he helped them the least.

Their son Philip needed financial support but if they were to leave him a share of their estate it could be lost to creditors or through divorce proceedings.

Their youngest son was giving them the most practical support and had nowhere else to live. Their biggest worry was that their property might be sold when they die and Kevin would be homeless.

Mr and Mrs B were also concerned there could be trouble between their children later on if they didn’t give all 3 sons equal shares in their estate.

Mr and Mrs B were able to use our online resources to find out how a discretionary trust set up in their Wills could give them flexibility in their arrangements.

They found they could include wide powers for their trustees to administer the discretionary trust. The trustees would be able to manage the trust after their deaths for the benefit of all 3 sons, taking into account each son’s individual circumstances.

They also learned they could write Letters of Wishes using our templates to explain to the trustees how Mr and Mrs B would prefer their assets to be used for the benefit of their family after their deaths.

The trustees were directed to pay particular attention to their youngest son’s housing situation.

Mr and Mrs B gave the trustees authority in their wills to permit Kevin to continue to live at the property after Mr and Mrs B’s deaths.

Using information from our How to guides Mr and Mrs B  found out how their trustees could protect the trust assets if Philip should still be having matrimonial problems at the time of their deaths. Mr and Mrs B discovered that the trustees could delay distributing  anything from the trust to Philip until after his relationship problems had been resolved; or decide to benefit his children instead.

Our useful training on Inheritance tax helped Mr and Mrs B understand tax implications of creating a discretionary trust in their Wills. They also found useful tips on appointing suitable trustees to manage their assets after their deaths.

Mr and Mrs B were able to put in place flexible arrangements in their Wills to enable a fair distribution of their assets and protect their family wealth.

Problem: Mrs L was divorced 25 years ago and at the time an order was made that her husband should pay financial support to her until such time as she re-married. Mrs L never re-married and the payments had been continuing ever since the order was made.

Mrs L had vascular dementia and other health problems. She had recently moved into nursing care which was NHS funded. Her personal living expenses were now very small.

Her ex-husband had made an application for an order to stop the maintenance payments but Mrs L’s consent was required to get the original maintenance order changed by the court. Mrs L didn’t have the mental capacity to make that decision.

After watching our web training her niece was able to make an application to the Court of Protection for authority for consent to be given on Mrs L’s behalf so the maintenance payments could stop. She was also able to apply for an order from the court for her appointment as Mrs L’s deputy to manage her financial affairs.

Read more about the Court of Protection

Problem: Mrs J had been living in residential care for 3 months after her discharge from hospital. Her care assessment concluded she was unable to return to her own home. Mrs J was registered at the Land Registry as the sole owner of her property. Her capital and income had been assessed and she had been told she exceeded the limits for state funded care.

Her property was originally bought under the Right to Buy scheme some years ago when her husband was alive. Her daughter supplied the money they needed to buy the property as Mrs L and her husband could not raise enough money at the time.

Social Services told Mrs J the whole of the value of her property must be included in the means testing of her capital. Mrs L and her daughter were worried the money her daughter had invested in the property would be lost.

Mrs J’s daughter used our letter templates and training to provide the right sort of documentary evidence to support her claim that it was her money that was used to pay for the purchase of the property and that she was entitled to a share of the property. As a result she lodged a successful appeal against the local authority’s assessment of Mrs L’s capital and successfully argued that the property should be disregarded from the means testing assessment. As a result Mrs L was re-assessed and her daughter did not lose her financial stake in the property.

Find out what’s free on BE My Own Lawyer