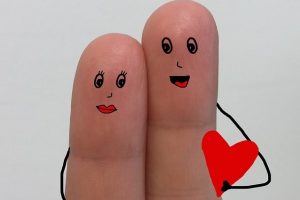 Civil Partnerships are available to all couples. Opposite-sex couples have the legal right to choose to have civil partnerships as an alternative to marriage.

Civil Partnerships were introduced in 2004 in the days before marriage for same-sex couples was legalised. Civil partnerships give couples legal rights equal to those enjoyed by married couples.

This is a good opportunity to remind ourselves of the inheritance rules for civil partnerships, marriage and cohabiting couples.

One of the biggest incentives for couples to enter into a civil partnership is to secure inheritance rights. Cohabiting couples are severely disadvantaged by the present inheritance rules; here’s why.

Married couples and civil partners can also inherit their spouse/civil partner’s ISA investments and they benefit from defined benefit pension death benefits. The law doesn’t extend these rights to unmarried couples who live together.

Parties to a civil partnership:

Will opposite-sex civil partnerships take off?

It will be interesting to see over the coming decades how many couples take up the opportunity to have civil partnerships. Recent surveys indicate an increase in the numbers of people under 30 who identify as ‘non-religious’. Awareness of the draw-backs of cohabiting outside a formal arrangement is also increasing. So who knows, perhaps the concept of civil partnership will catch-on for mixed-sex couples as a practical alternative to marriage.

If on the other hand, you don’t want either marriage or civil partnership it’s vital to consider making a Will and check your pension arrangements as soon as you can.

What are your thoughts on inheritance rights for unmarried couples?