A recent decision of the Court of Protection to revoke the appointment of two sisters as attorneys for their mother is a warning to families of the importance of taking legal advice about powers of attorney. 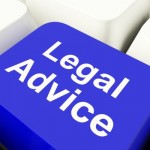 All lawyers know that no-one likes spending money on legal advice and it’s often the case that families don’t want to involve outsiders in matters they regard as private.

But a decision of the Court of Protection made this week in Re ED [2015] has exposed the risks in failing to take legal advice both before entering into a power of attorney and subsequently when the attorneys are acting.

To protect the identities of the parties involved the reports of the case use only their initials.

ED appointed her daughters to act jointly. She chose not to take legal advice on the document.

At some point (precisely when is not clear) the older daughter changed the Enduring Power of Attorney to make the appointment of the attorneys joint and several. She told the court the change was made with her mother’s knowledge and agreement but again without the benefit of legal advice.

The Public Guardian subsequently made an application to the Court of Protection to revoke ED’s Enduring Power of Attorney.

Out come of the case:

1) Was there evidence of dishonesty by one of the attorneys?

2) Did the bad relationship between the attorneys have any impact on their ability to manage their mother’s property and financial affairs?

3) Would the court be justified in revoking their appointment?

The court decided that the answers were definitely yes!

Why was failing to take legal advice significant?

At the hearing the Office of the Public Guardian expressed concern that there was repeated failure by the family to take legal advice about their actions. The OPG gave a witness statement to the court in which it was stated:-

“…it is alarming to see an attempt by reasonably educated people at amending an important legal document without any witnessing being attempted or legal advice being taken..”,

Could legal advice have affected the outcome of this case?

Probably – the choice of attorneys is the most important aspect of making a power of attorney; choose the wrong people and the whole arrangement can fall apart, which is what seems to have happened in Re ED.

An experienced, suitably qualified legal professional will delve into the background behind the appointment of the attorneys and can assess more objectively if there are warning signs.

Advice can be given about possible risks and alternative solutions.

The involvement of a professional adviser can help the donor avoid coming under direct pressure to appoint particular family members or carers or to change the type of authority given.

The professional adviser will usually carry out a mental capacity assessment of the person making the power of attorney before proceeding with the document and should keep a record of that assessment in case of future queries or investigations by the Office of the Public Guardian.

Where families avoid involving outsiders there may be a temptation to rush through the process without proper regard for the donor’s ability to understand it or to resist the influence of relatives.

The attorneys also need legal advice both before they accept their appointment and subsequently to ensure they stay within the limits of their authority and properly understand their statutory obligations.

In the Re ED case the Court of Protection may well have taken a different attitude to the attorneys if they had been able to show that independent legal advice had been obtained and in fact the case would quite possibly never have reached the court if ED had been willing to take professional legal advice at the outset.