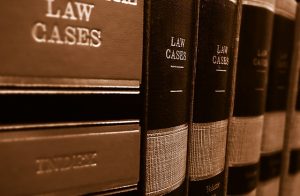 The Supreme Court has reduced a woman’s share of her mother’s estate.

The highest court in England has overturned a Court of Appeal decision that granted a claim by a woman who had been excluded from her mother’s will in favour of three animal charities.

The Supreme Court said the Court of Appeal was wrong when it calculated the amount that should be awarded for  reasonable financial provision. The Supreme Court has restored an original decision made in the High Court by District Judge Clive Million.

What is the case about?

The case known as Ilott v The Blue Cross and Ors, was brought by Heather Ilott, whose mother Melita Jackson excluded her daughter from her will. Mrs Jackson left most of her estate, worth around £500,000, to three charities: The Blue Cross, the RSPCA and the RSPB. The mother and daughter had been estranged for many years after she left home with a boyfriend at 17.

Mrs Ilott used the Inheritance (Provision for Family and Dependants) Act 1975 to challenge the will. Under the Act an adult child may bring a claim for reasonable financial provision from the estate of a deceased parent. In this case the High Court awarded Mrs Ilott £50,000.

Both Mrs Ilott  and the charities appealed against that decision  Mrs Ilott claimed she had not been awarded enough. The charities said she shouldn’t receive a share of her mother’s estate as there was no lack of reasonable provision in the judgment given by District Judge Million.

On appeal to the Court of Appeal, Mrs Ilott was given £143,000 from the estate of her late mother to buy the rented home she was living in and a further £20,000 for additional income. The Court of Appeal said Mrs Ilott, who has five children and was on benefits and without a pension, was not given a reasonable provision in the will.

But the Supreme Court disagreed with the judgement of the Court of Appeal and restored the original decision of the High Court that she should receive £50,000.

What is wrong with the rules about financial provision?

Lady Hale one of the presiding judges of the Supreme Court described the present inheritance law as ‘unsatisfactory’.

This decision of the Supreme Court is widely being said to reaffirm the right to testamentary freedom. The judgement isn’t going to prevent adult children from bringing claims for reasonable financial provision but it does indicate that such claims will not necessarily result in a major re-writing of a parent’s Will if the child has been excluded.

The decision in Ilott v Blue Cross & Ors has come as a relief to charities who feared the earlier Court of Appeal decision because it could have undermined their position in defending actions brought by disgruntled adult children.

Other articles on Will disputes