It’s always nice to get a “Thank you” whether it’s from a client or from an organisation we’ve tried to help in the wider community. So it was especially nice when a letter dropped through our door last week containing a thank you on behalf of ten of the UK’s leading charities. 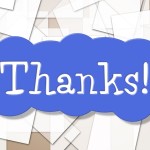 The letter confirmed that we had broken our own fundraising record for an individual charity campaign.

In recent years we’ve supported a number of charities in raising awareness of the importance of leaving a gift to charity when making a Will. One of the most consistently successful campaigns has been the ‘Free Wills Month’ campaign that runs every October. Year-on-year we have managed to increase the number of Wills made during the campaigns and the level of generosity of clients leaving gifts to charities in their Wills has been amazing.

Last October proved to be our most successful year to date and we broke our own fundraising record – resulting in over £35,000 of pledges to the ten national charities who are behind the Free Wills Month campaign.

But we haven’t stopped there. We decided the Free Wills Campaign last October went so well that we would not only try to raise yet more future funding for charities in 2015 but that we would increase the number of charities we are supporting.

So this year we are not only going to be participating yet again in the Free Wills Month campaign in October 2015 but we are supporting similar campaigns by local charities as well.

March has already seen us join in the Treetops Hospice ‘Make A Will’ campaign and in May we will also be participating in a Wills campaign for Rainbows Childrens’ Hospice. Both charities give much needed end of life support to adults and children in the East Midlands and need every penny they can raise both now and in the future.

Legacy support is vital for the future development of many charities and yet it is often the case that although many people give generously to charities during their lifetime they often overlook the good that a gift left to charity in their Wills could do.

Why not make a note in your diary to contact us in May or October to make a Will or update an existing one and give some much valued help to organisations that give so much to the rest of the community. Call 0115 7722129 for details.

Image ‘Thanks!’ by Stuart Miles courtesy of FreeDigitalPhotos.net