Home » Lessons of Southern Cross have yet to be learned

Lessons of Southern Cross have yet to be learned 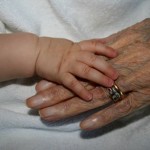 Last year saw the collapse of Southern Cross, one of Britain’s major private care home companies due to severe financial difficulties. Despite the obvious repercussions not only for the tens of thousands of residents and their families but for the care sector in general, little or no progress seems to have been made to bring the providers of private residential care facilities under tighter control and it is not surprising that a new wave of financial uncertainty is sweeping through the companies providing these vital services to a vulnerable section of society.

Big Companies – Bigger Risks?
Whilst the private care sector has grown enormously since the 90s the range of choice of care providers has diminished as large care home companies have come to dominate the market place, squeezing out the smaller, independent providers. Consequently, the elderly have been placed at the mercy of the fortunes of a relatively small number of care providers.

It is often difficult for families to know exactly who owns the care homes where their elderly relatives live and even harder for them to be able to assess the financial strength of the structure of the companies, even if they think to do so.

The demand for care home places is likely to increase over the next few decades as the population in the UK ages. If more of our elderly are not to be put at significant risk from the financial failure of the companies they rely on to provide their care and support stricter vetting and safeguarding from an approved regulator needs to be implemented without delay.