Start your IHT planning with some easy tax savings 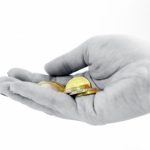 For couples wondering where to start with inheritance tax planning, using the IHT spouse exemption and nil rate band has to be one of the easiest places to begin.

These tax saving tools are not difficult, but there are some details about the IHT spouse exemption and nil rate band that could blow a hole in your tax plans. You should know about them before embarking on tax planning arrangements.

I recently wrote on this blog about the new main residence inheritance tax nil rate band that’s being introduced from April 2017. This new allowance is welcome but it’s not available to everyone.

So in this post I want to focus on making use of the IHT spouse exemption and nil rate band allowance.

In the UK married couples and civil partners can pass unlimited assets to each other without any charge to inheritance tax. This is called the spouse exemption.

Between 1972 and 1974 it was limited to only £15,000 of assets passing between spouses. Some older couples are affected by those old rules. I’ll look at that issue in a moment.

First we need to know more about the IHT nil rate band.

In the UK an individual can transfer assets they own on death up to a certain value without triggering an inheritance tax charge.

At the moment that amount is £325,000. This is referred to as the inheritance tax nil rate band. It’s called a ‘nil rate’ band because assets within the band are taxable but at a rate of zero percent.

It used to be the case that if you didn’t make use of your nil rate band it would be lost. Now that isn’t so.

The next important point to remember when thinking about your tax planning strategy is the transferable nil rate band.

Since 2007 it’s been possible to transfer an unused nil rate band to the estate of a surviving spouse or civil partner.

By transferring an unused nil rate band from one estate to another, £650,000* of assets could be exempt from inheritance tax. For many couples this takes them out of inheritance tax liability altogether.

Couples whose combined assets are below £650,000 may no longer need to use more elaborate IHT tax planning, which was previously the case. The IHT spouse exemption and nil rate band rules offer couples protection from the 40% IHT rate that applies on death. Many couples are free to leave everything to each other without the risk of inheritance tax later on.

But there are a few points that could catch you out…

Watch out for gifts made within 7 years of death

The IHT nil rate band is currently £325,000 but the amount of the nil rate band actually available when you die could be reduced by gifts you make in the 7 years before.

Gifts worth more than £3,000 are classed as ‘Potentially Exempt Transfers’. Put simply, if you live for more than 7 years after making a gift there’s no inheritance tax to pay on it when you die.

If you die within 7 years of making lifetime gifts, the value of the assets given away may be taken into account when working out how much inheritance tax has to be paid when you die. The gifts are referred to as ‘cumulative lifetime transfers’. Lifetime gifts can eat into the nil rate band available to set against the assets you own at your death.

I mentioned that until 1972 there wasn’t a spouse exemption and it was very limited when it was first introduced.

If the first spouse/civil partner died in the early 1970s the maximum spouse exemption is not going to be available. The surviving spouse should consider a different IHT planning stategy and his or her executors will need to know that they will not have the option of trying to claim a transferable nil rate band.

If you die without leaving a will there is a risk you won’t make use of the spouse exemption and transferable nil rate band to the best effect.

If the assets of the first to die amount to more than £250,000 then part of the excess estate goes direct to the children under the intestacy rules.

If you make wills you can ensure the spouse exemption and nil rate bands are available on the second death and are used to the best effect.*

There are often other reasons why couples don’t want to leave everything to each other in their wills but from the point of view of inheritance tax it can offer an easy way to avoid a big tax bill.

The best rule of thumb is don’t assume anything. Tax rules change regularly and everyone has an individual situation. So get suitable, expert advice and be prepared to keep your inheritance tax plans under review.

*based on current tax legislation. 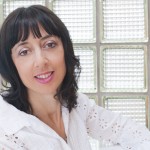 Rosamund Evans is a qualified solicitor and registered trust and estate practitioner. She has specialised in age and disability related issues for over 25 years and regularly writes and presents on topics including inheritance and later life planning. Rosamund is also the legal expert behind BE My Own Lawyer, an online service aimed at non-professional executors, trustees, attorneys and deputies.