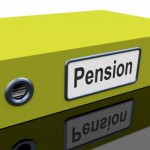 The State Pension rules are changing in 2016. There will be a new flat rate of pension but not everyone will be eligible to receive it.

Here’s how it will work.

Anyone who reaches state retirement age before 6th April 2016 will not be eligible for the new flat rate pension.

If that affects you – read on because there is something you can do to improve your State Pension situation.

Is age the only requirement for the flat rate State Pension?

Eligibility for the new flat rate State Pension will also depend on your National Insurance contributions. In most cases you will need at least 10 years NI contributions in order to qualify and 35 years will be needed to receive the full amount of pension.

It will be your National Insurance record up to 6th April 2016 that will count for eligibility purposes but to qualify for the maximum amount you’re going to need more than just full NI contributions.

If you’re retiring before 6th April next year the Government is giving an opportunity to top up your State Pension. The scheme is called Class 3A National Insurance contributions. By paying a lump sum you will be able to top up the amount of State Pension you can receive by up to £25 per week.

Is topping up State Pension right for everyone?

Topping up isn’t necessarily going to be right for everyone. You will need to work out whether the additional pension you could receive is likely to be better than the return you could get from investing the same amount in a savings or investment scheme.

It will not be possible to get back the lump sum once it has been paid. In the event of death, the civil partner or widow or widower will be able to receive between 50% and 100% of the extra pension but entitlement will be subject to certain eligibility rules.

Taking financial advice is always a good move before taking any important investment decisions. If you want to know where you can find more information and advice call us on 0115 7722129 or visit the Gov.UK website.