Home » Pension rights can be inherited by unmarried partners

Pension rights can be inherited by unmarried partners 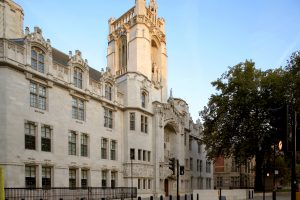 Currently, if you live with your partner but you’re not married or in a civil partnership you won’t automatically be awarded a pension from your partner’s occupational pension scheme, if he or she dies.

A recent ruling by the Supreme Court could change that.

The Supreme Court has over turned a decision of NILGOSC*, the Northern Ireland Local Government Officers’ Superannuation Committee, which refused to pay a survivor’s pension to the partner of a deceased employee.

NILGOSC had previously decided that Denise Brewster wasn’t eligible to receive a survivor’s pension from the Local Government Pension Scheme that her deceased partner paid into for 15 years.

Under the Local Government Pension Scheme Regulations a deceased member’s partner could only inherit their pension benefits if they satisfied two important requirements:

Married couples and civil partners were not required to comply with these rules.

Denise Brewster thought that she and her partner William McMullan, had complied with both requirements. They had lived together for ten years before he died in December 2009 and he thought he had submitted a nomination form to the Local Government Pension Scheme.

Denise Brewster applied for a survivor’s pension, but the NILGOSC said they had no record of the nomination and refused to accept she was entitled to pension rights based on her partner’s contributions.

Ms Brewster appealed against NILGOSC’s decision not to award her the pension. NILGOSC argued that nomination was an absolute requirement under the Local Government Pension Scheme regulations. There could be no exception in her case.

In 2012 Denise Brewster was successful in getting a judgement to quash NILGOSC’s decision to refuse to pay her the survivor’s pension but NILGOSC subsequently appealed against the High Court judgement.

However, in the meantime the equivalent requirements for local government schemes in England and Wales were changed following the ruling that was given by the earlier High Court decision in Ms Brewster’s case. This spurred her on to try again. She took her fight to the highest court in the UK, the Supreme Court which gave its judgement this month.

The Supreme Court justices agreed that NILGOSC was not justified in refusing to pay Denise Brewster a pension.

What were the reasons for the Supreme Court’s decision?

The judges agreed with the earlier High Court decision that the requirement to nominate a cohabiting partner is incompatible with article 14 of the European Convention on Human Rights (which prohibits discrimination) and that article 1 protocol 1 of the Convention, which recognises a right to “peaceful enjoyment of possessions”, also applied.

The parties to the case had already agreed that a survivor’s pension falls within the ambit of article 1 protocol 1 and that a surviving unmarried cohabiting partner, does have a ‘relevant’ status for the purpose of article 14. In other words article 14 which prohibits discrimination applied to Denise Brewster even though she wasn’t married to William McMullen.

The only issue to be decided therefore, was whether the NILGOSC’s interference with the Denise Brewster’s right to be paid a pension had been “objectively justified”.

Supreme Court judges decided the starting point in assessing justification for refusing the pension, must be the duty of the state under article 14 of the Human Rights Convention to “secure” the right to equal treatment.

The Court said the question of justification must be assessed objectively.

According to the Department for the Environment Northern Ireland (DENI), the objective behind insisting on the nomination requirement was to establish:

a) whether the couple were in a relationship equivalent to a marriage or civil partnership; and

The Supreme Court took the view that the nomination procedure wasn’t necessary, especially as in England and Wales the requirement for a nomination had already been removed.

What does the ruling mean for other occupational pensions?

The Supreme Court’s ruling could have wider implications for other occupational pension schemes and open the way for all couples who live together, whether married or not, to get the same treatment when pension rights are being considered.