Home » Surgery without consent – is it legal?

Surgery without consent – is it legal? 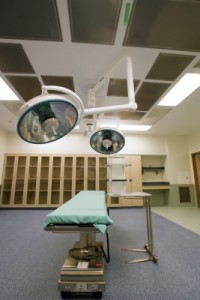 The right to refuse consent to medical treatment is a basic principle in the doctor/patient relationship.

A health professional must obtain consent before carrying out a medical procedure and if the patient refuses to give consent that decision must be respected, even if it is an unwise decision.

A problem arises if the patient is conscious but unable to give consent due to their mental incapacity.

This issue was the subject of a case recently heard in the Court of Protection. The case was heard in public, which is unusual. This was due to the importance of the issues involved.

A patient must be capable of understanding the reason for the treatment and any risks that may be associated with it. This can result in a dilemma if the patient is refusing treatment and the doctor believes they don’t have the mental capacity to make that decision.

Treatment without consent could be assault.

A doctor who carries out medical treatment on a patient without consent could be committing a criminal assault. However, there are some exceptions to this rule especially in cases where a patient is unable to give valid consent to important treatment such as life-saving surgery.

In these circumstances the treatment may still be given if it is thought to be in the patient’s best interests for example, in an accident or emergency situation if the patient is unconscious.

However, it can be a problem to decide what action, if any, is in the patient’s best interests in cases where the patient is conscious but refusing consent. If the health professionals have reason to believe the patient lacks the mental capacity to make the decision, an application can be made to the Court of Protection for the court to decide whether the treatment can be given without the patient’s consent.

In NHS Trust v The Patient [2014] the patient had learning disabilities and autism. He also had a phobia about medical treatment which led to him refusing essential surgery for cancer. A number of discussions were held with the patient over a period of time but he consistently refused to acknowledge that he had a life threatening illness and refused surgery.

The NHS made an application to the Court of Protection for the court to decide whether the patient had the mental capacity to agree to or refuse treatment for his condition. If the court found that the patient didn’t have capacity, the next step would be to consider whether the proposed treatment would be in the patient’s best interests.

A decision was reached in the case of NHS Trust v The Patient [2014] that the effect of the patient’s learning disabilities and autism was that he did not have the ability to make a decision about surgery for himself. It was noted that the patient’s disabilities were life-long and there was no prospect of improvement. That is an important factor. If he had been suffering from mental impairment as a result of conditions that could potentially improve the court would have had to consider whether there was any possibility of delaying the decision about his operation.

The court went on to find that it would be in his best interests to override his expressed refusal of the treatment and carry out the operation.

How did the court reach it’s ‘best interests’ decision?

This is a complex area of  law and each case must be decided on its own facts. It’s not sufficient for the court to assume that potentially life-saving surgery is automatically in the person’s best interests. The court must consider what will be involved in forcing the patient to have the surgery,including any side-effects or other risks.

The Mental Capacity Act 2005 Code of Practice provides guidance on the key factors that should be taken into account when considering what is in an incapacitated person’s best interests. These include considering all of the relevant circumstances.

In the NHS Trust v The Patient [2014] case the court ensured that the views of the patient’s closest relative and people involved in his care were taken into account.

It is worth noting that different rules may apply to patients who are detained in hospital under the Mental Health Act 1983.

Image by digidreamgrafix courtesy of freedigitalphotos.net