The numbers of insolvent beneficiaries are increasing. It can be very problematic for executors who have to deal with a beneficiary who has personal financial difficulties. If you are in that position and you get it wrong you could be personally liable.

There are special rules that apply to people who are bankrupt or who are at risk of bankruptcy.

This guide explains how those rules affect executors and the steps you should take to avoid making mistakes when dealing with insolvent beneficiaries.

Why are there more bankruptcies?

Personal debt per person has risen steadily in the UK during recent years and so has the number of people declared insolvent i.e. unable to pay their debts. Bankruptcy no longer has the social stigma it once did. It is often viewed as a practical way for a person with financial worries to wipe the slate clean.

The Insolvency Act 1986 defines what the trustee in bankruptcy can take and it’s a very wide definition.

It also includes something called a ‘chose in action‘.

In simple terms, a chose in action is a right that can be enforced through the courts.

Important point: A beneficiary’s right to receive an inheritance is an example of a ‘chose in action’.

What are the risks for executors when dealing with bankrupt beneficiaries?

You won’t be able to sleep easy at night unless you can make sure you transfer assets from the deceased’s estate to the correct people entitled to receive those assets.

If you transfer the inheritance to a bankrupt beneficiary you won’t get a ‘good receipt’ from the beneficiary and that’s got serious implications (see below for more details about getting a good receipt).

The claim would be equal to either:

An executor who mistakenly distributes assets to a person who is an undischarged bankrupt could find it difficult to bring a successful claim to recover those assets because there are restrictions on bringing proceedings against bankrupts (section 285 of the Insolvency Act 1986).

A beneficiary who is subject to a bankruptcy order has an obligation to declare their inheritance to the trustee in bankruptcy. Unfortunately, not all bankrupts comply.

The key to dealing with bankrupt beneficiaries successfully is to adopt the right approach from the outset. That means actively seeking out information about beneficiaries – even people you think you know well.

Don’t rely on the beneficiary to tell you

Beneficiaries will not always tell you about bankruptcy proceedings involving them. There can be several reasons for that:

Whatever their reasons are, you as executor can’t just assume there are no bankruptcy proceedings against a beneficiary – no matter how well you know that person. See below for ways to checkout beneficiaries.

You might feel sympathy for a beneficiary who’s run into financial problems and feel you want to help them. Most bankrupt beneficiaries don’t want their inheritance to be used to pay off creditors.

Some executors and bankrupt beneficiaries think there’s an easy way to avoid the trustee in bankruptcy. They agree between them to delay transferring the inheritance until the beneficiary is discharged from bankruptcy.

But that’s not going to work. Just delaying the transfer of assets to the beneficiary isn’t going to prevent the trustee in bankruptcy getting hold of an inheritance. The trustee has legal authority over a bankrupt’s assets even after the bankrupt has been discharged.

How can you find out whose bankrupt?

Some beneficiaries do try to conceal their bankrupt status but it’s your responsibility to find out. There are several places where you can search. You might need to use more than one search method depending on the situation. Make a start with:

The best solution is to search against the names of every beneficiary.

What is ‘a good receipt’?

When executors distribute money or assets to beneficiaries they should ask the beneficiaries to sign a receipt for the inheritance.  The purpose of the receipt is to give proof that the transfer of the asset has been made and that the executor has therefore discharged their duty. If a receipt is not given or it’s given by someone who is not entitled to the asset then the executors won’t be discharged from their obligations and they won’t be able to finalise the administration of the estate. 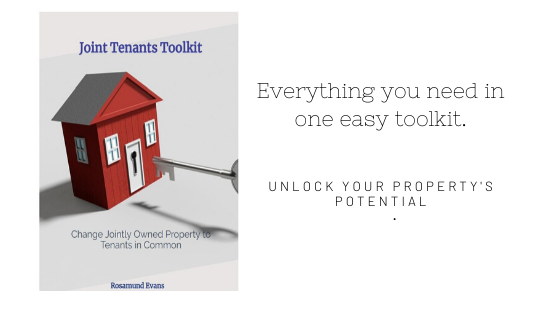