Home » Have banks made it too easy to take deceased customers’ money?

Have banks made it too easy to take deceased customers’ money? 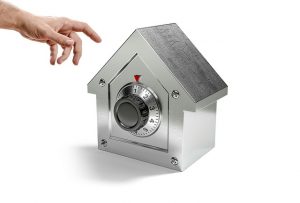 Banks have relaxed their probate rules for the accounts of deceased customers over recent years but that could be making it easier to steal your inheritance.

It’s been standard practice for many years for banks to allow accounts of deceased customers to be closed without first obtaining a grant from the Probate Registry where the account balance is fairly small.

When someone dies their bank accounts are frozen by the bank. Normally the bank will keep an account frozen until a grant of representation (probate) from the Probate Registry has been obtained.

Traditionally, an exception has been made in cases where the account balance is below a limit set by the bank. The limit was typically about £15,000. In these cases, a bank asks to see the deceased’s death certificate, ID from the person requesting the funds and they might ask if the deceased left a Will. Often the account can be closed and the funds transferred to another person’s account in less than a day.

What rule changes have banks made for deceased customers’ accounts?

Since 2015 most of the major high street banks have changed their policies to allow larger amounts of money to be withdrawn from deceased customers’ accounts without the need for probate.

Each bank can set its own limits and in most cases, those limits are pretty high. Sums as large as £50,000 are regularly transferred out of deceased customers’ accounts. Some banks have even gone as far as removing their limits altogether, claiming they assess each request for closure on an individual basis.

Many building societies have followed the banks’ lead and reviewed their probate limits too.

How could the bank changes make it easier to steal your inheritance?

Here’s the problem. The person who produces a death certificate to the bank and asks to close an account is not necessarily the person entitled to the money.

Let’s take the example of a widow who calls into her deceased husband’s bank with his death certificate and asks to close the account. She and her husband have been customers for many years and the bank staff recognise her from her regular visits to the branch.

Her husband’s account balance is within the bank’s limit so the staff close the account and transfer all the funds into an account in the widow’s own name.

What bank staff don’t know is there’s a bitter dispute between the widow and her husband’s children from a previous marriage. The account was the only asset in their father’s sole name and the funds in it are his children’s inheritance; the widow has no right to the money.

Is this just a rare example? Not necessarily. Lawyers have been noticing a worrying rise in the number of instances of this type of situation.

What can you do about it if you lose your inheritance this way?

The problem is the bank isn’t necessarily going to help you to get the money back. The bank is likely to say that your claim is against the person who has taken the money, not the bank because the bank has acted within their permitted rules.

Technically the person who has received the money is holding it on trust for the people who are entitled to it. Unfortunately, if that person isn’t willing to hand over the cash your only option is to bring a claim against them through the courts.

The Will as proof of entitlement

Even if the bank asks to see the deceased’s Will that is no guarantee of entitlement as the Will could be a forgery or invalid for some other reason. The purpose of the probate process is to establish the validity of the Will and confirm the executors are the people entitled to take control of the deceased’s assets.

These changes to banking practice open the way for dishonest relatives to side-step the probate system and for honest people to make a genuine mistake. Either way, it’s not a great situation which is difficult to rectify if it’s not discovered early enough.

The banks say they are improving training to make branch staff more aware of bereavement issues but the previous financial limits were relatively low for a good reason.

The lower limits did allow bereaved families who might otherwise have struggled financially to have access to money for their immediate needs following the death of a close relative. At the same time, larger amounts were protected for the rightful beneficiaries.

Contesting a Will – How Difficult is it?

Image by digitalart courtesy of freedigitalphotos.net