Home » Power of the court to remove attorneys

Power of the court to remove attorneys 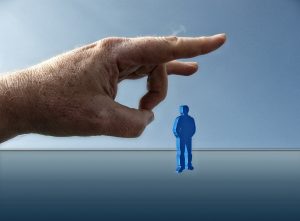 Life as an attorney appointed under a Lasting Power of Attorney can be very complicated especially where the attorney has other commitments.

In the case of Re GW the Court of Protection was asked to look at the conduct of an attorney who struggled to stay on top of all his personal responsibilities.

In the Re GW case, the attorney’s background should have made him well qualified to be his father’s attorney. He was used to responsibility and dealing with paperwork. But he also had a lot on his plate. The attorney was a civil servant with 5 children. Two of them were disabled and the attorney had his own home to manage.

The court heard amongst other things that it was alleged the attorney had failed:

The Public Guardian asked the Court of Protection to use the power of the court to remove attorneys to revoke the son’s authority. This followed a complaint from the local council and an investigation by the Office of the Public Guardian.

The Court of Protection was asked to remove the attorney and appoint an independent deputy instead.

What is the power of the court to remove attorneys?

The Court of Protection has that authority under the s22 Mental Capacity Act 2005 if the behaviour of the attorney is not in the best interests of the incapacitated person (P).

The attorney pleaded that he had been struggling to deal with the management of his father’s finances because there had been difficulties in selling the father’s property. He claimed his father had been a hoarder and had refused to maintain the property when he lived there. The attorney said he’d been forced to spend his own money making repairs to his father’s home to sell it at a price that wouldn’t be regarded as a sale at an undervalue by the local authority.

The Court of Protection decision was that he had failed to act in the best interests of his father and the Lasting Power of Attorney should be revoked.

When applying the statutory rules the Court of Protection has an obligation to consider what is in the best interests of the incapacitated person.

Could revoking the LPA have been avoided?

Clearly, if the attorney had cooperated with the local authority and the OPG more willingly it is likely that they would not have asked the Court of Protection to revoke the LPA.

What about the way the Lasting Power of Attorney was set up?

It is not clear from the case report why the Lasting Power of Attorney was set up by ‘P’ in this particular way but it’s possible that if both children had been appointed to act as attorneys jointly and severally the situation might have been very different.

As the father was found to be incapable of giving consent to revoking his son’s authority to act as an attorney there was no option for the Court of Protection other than to revoke the whole LPA.

What can we learn from Re GW?

Attorneys, get practical help, FAQs, documents and one-to-one support for a fixed monthly fee when you join BE My Own Lawyer.

The information in this article is believed to be correct at the date of publication but the law may change over time.