Home » Should couples avoid appointing each other as attorneys?

Should couples avoid appointing each other as attorneys?

It’s very common for couples to appoint each other to be their attorneys under Lasting or Enduring Powers of Attorney. But is it always wise? 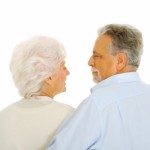 A recent Court of Protection case demonstrates some examples of why it might not always be a good idea for couples to appoint each other as attorneys.

The case involved an elderly British couple who had been living in Spain. They owned several properties, some of which were used to provide rental income for them.

Wife appointed her husband as her sole attorney under an Enduring Power of Attorney which was registered in 2013.

The wife collapsed suddenly into unconsciousness for a period of five days, after which she had to move permanently to a nursing home in England.

The 76 year old husband, who was left behind in Spain, found himself unprepared to cope with his various responsibilities and described himself as “desperately lonely”.

A 42 year old woman, who was an illegal immigrant in Spain, befriended the husband and rapidly took over organising his life.

They moved in to live together and the husband admitted in his statement to the court that he ‘lost his head’ and was flattered by the attentions of the much younger woman.

The court heard the husband bought his lady-friend a property in Spain for herself and her family and made unauthorised loans from his wife’s assets for purposes that were not for his wife’s benefit. He also failed to manage the rental properties properly and rental income that would have been due to his wife was not received.

An investigation by the Office of the Public Guardian followed and the Public Guardian made an application to the Court of Protection for the revocation of the Enduring Power of Attorney. The court agreed and directed the appointment of an independent Deputy to manage the wife’s assets in place of her husband.

Points for couples to consider when appointing each other as attorneys

How can couples reduce the risks?

It’s important for couples to discuss the issues and potential risks with a knowledgeable, preferably independent person before making choices about who should be their attorneys.

Taking professional advice from an experienced legal expert when making a Lasting Power of Attorney can save money and heartache later on.

Avoid appointing only one attorney if at all possible and try to include at least one attorney who is from a generation below your own.

Make sure your attorney has the skills and stamina to be able to carry out their role and can get the right sort of support to help them.

Attorneys – get the support you need by joining BE My Own Lawyer, our membership service for attorneys, deputies, executors, trustees and carers. Find out more

Can an attorney be removed for being ‘too busy’?