Home » What’s the value of old coins and bank notes?

What’s the value of old coins and bank notes? 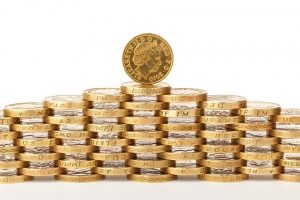 What should you do with old coins and bank notes?

Anyone who has had the sad task of clearing out the home of someone who’s died has probably come across out of date coins and bank notes.

We all seem to do it; whether it’s loose change down the back of the sofa or crumpled bank notes tucked inside an old handbag at the back of the wardrobe, we just can’t stop collecting cash.

Some people deliberately hide large amounts of cash for their ‘rainy day’ fund or money they’d just rather not tell anyone about.

Over the years, when dealing with deceased clients’ estates, I’ve come across everything from jars full of old pennies and £5 notes big enough to wallpaper a room, to bundles of cash hidden in old soap boxes under a sink.

British cash is changing in 2017

What, if anything, can you do with cash that’s no longer legal tender? Is it worthless or a potential goldmine?

When a coin or bank note has been officially withdrawn from circulation it stops being legal tender. That means that retailers, and other organisations are not obliged to accept them, but it doesn’t mean the cash is worthless.

When the round one pound coins are withdrawn in the UK on 15 October 2017 you’ll still be able to to pay them into banks or at some Post Offices provided you pay them into an account in your own name, but retailers will be unlikely to accept them.

Are old coins and notes worth more than face value?

Before you exchange out of date coins and bank notes it might be worth taking a closer look at them first. Rare examples of old cash can be attractive to collectors and could mean the coin or note is worth more than its face value.

The coin or bank note doesn’t necessarily have to be particularly old. If it has a flaw or an error was made when it was designed or if it was the first of its type, these are all features that could give the cash a higher than face value worth. Just last year we saw examples of the new polymer £5 notes exchanging hands on Ebay at higher than face value simply because they were amongst the first batch to be printed.

When administering an estate what are your responsibilities regarding out of date cash?

Personal representatives are under a duty to get the best price for anything that is saleable from the estate. If there are out of date coins and notes that responsibility could put you under a duty to investigate if the cash has any special feature that could make it more valuable.

If you’re looking for a way to do some good  with out of date cash that’s no longer legal tender you could perhaps try giving it to charity. Charities can exchange the notes and pay the coins into their bank accounts.

What else could you do with old coins and bank notes? Tell us if you have any suggestions or experiences good or bad.