Help, I’m an attorney, get me out of here! 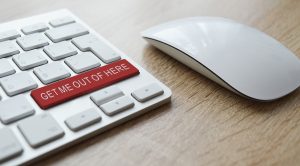 Tips on Using Powers of Attorney No2 – joint and several attorneys 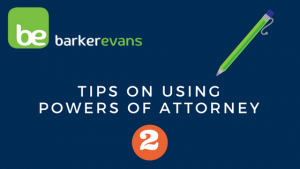 In the second in our series of Tips on Using Powers of Attorney, Rosamund Evans looks at the role of jointly appointed attorneys and why being a reluctant co-attorney could be a mistake…

Help, I’m an Attorney, get me out of here!

It’s easy to feel overwhelmed with all the obligations and responsibilities of being an attorney. So it’s not surprising some attorneys want to run for cover and let their co-attorney manage the burden. People like John, (not his real name) who told me:

“I’m an attorney for my aunt but I don’t really do anything. My co-attorney does most of the work.”

John has been able to duck out of being active as an attorney because he and his co-attorney were appointed ‘jointly and severally’. This means they can act independently of each other. They don’t have to agree on decisions made about their aunt or even consult each other.

Does it matter that John has not taken an active role as an attorney?

John has discovered there’s a drawback to taking a back seat as an attorney. John is now worried that he doesn’t know enough about what his co-attorney has been doing.

It’s not wrong for John’s co-attorney to take a bigger role than John. It’s one of the advantages of appointing attorneys to act jointly and severally. Some attorneys are better equipped than others to do some kinds of tasks because they’ve got particular skills, e.g. lawyer or accountant or they might have more time available or have a closer relationship with the Donor.

But joint and several attorneys each have the same level of responsibility and authority. They should make an effort to know what each other is doing and be able to agree on important decisions even if one of them does more of the work than the other.

It’s important for John to take an active interest in the decisions that are being made by his co-attorney because:

There are also some practical reasons why it’s good for John to engage more with being an attorney. Usually, a donor will appoint more than one attorney in case something should happen to one of the attorneys. If John’s co-attorney dies or becomes ill or is out of the country, John will need to be able to take charge.

3 Tips for joint and several attorneys

There are ways to avoid the risk that one or more of the attorneys might do something the other co-attorney(s) would not agree with.

Tip #1. – If you are asked to consent to be appointed as a joint attorney ask the Donor what restrictions (if any) they are going to include in the document to avoid individual attorneys from making major decisions on their own.

Tip #2 – Ask the Donor to include in the power of attorney details of documents the attorneys may need to see if the Donor loses mental capacity. Without that permission, you may have difficulty in getting access to certain documents, especially if they are in the possession of only one of the attorneys.

Tip #3 – Schedule a series of meetings throughout the year to meet with your co-attorney(s) to discuss actions and decisions and share information such as bank statements regularly. If a co-attorney refuses to meet or avoids passing on information, then alarm bells should be ringing in your head.

John took on a serious commitment when he agreed to be appointed as an attorney. If he wants to avoid creating problems for himself and his aunt he has to keep himself informed and ready to act.

Or why not join our online service BE My Own Lawyer?