Changes to the intestacy rules introduced by the Inheritance and Trustees Powers Act 2014 (ITPA 2014) improve the inheritance situation of spouses and civil partners but not everyone is a winner under the changed rules.

If you die without leaving a valid will your estate (everything you own) has to be shared out in accordance with legislation known as the intestacy rules.

From 1st October 2014 spouses and civil partners have been given new inheritance rights. Adopted children, unmarried fathers and some other family members have also gained as a result of the ITPA 2014. There are also changes to the statutory powers trustees have when dealing with the capital and income of trusts and the definition of personal ‘chattels’ has also been amended.

What are the changes to the intestacy rules for spouses and civil partners?
the previous position was that a surviving spouse or civil partner in a relationship where there were no surviving children had to share the estate with other surviving relatives of the deceased, such as their parents or brothers and sisters if the value of the estate was greater than £450,000.

For many couples this meant their spouse or civil partner could receive only part of their estate and that ownership of some of their deceased partner’s assets such as property might have to be split with the deceased’s other relatives.

If the deceased also leaves children, the estate has to be shared between the surviving spouse/civil partner and the children. Under the old law the survivor was only entitled to income for life from one half of the rest of the estate if the estate was over £250,000 and the rest would go to the children.

From October 2014 the surviving spouse/civil partner is able to receive one half of the residue in full, i.e. the capital, not just the income. Obviously, although this is good news for surviving spouses/civil partners, it means that other family members may now receive less than would previously have been the case. For families where there have been second or multiple marriages these changes could lead to children of an earlier relationship receiving less from their parent’s estate as a result.

Before the Inheritance and Trustees Powers Act 2014 there was a rule that where a child whose parents were not married at the time of the child’s birth, died intestate, the child’s estate was to be distributed as if the child’s father and his family died before the child. 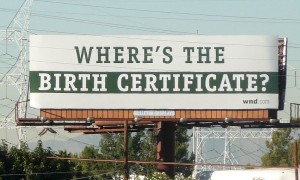 In the future, as a result of the ITPA 2014 this rule will not apply if the child’s father’s name appears on the birth certificate of the child.

Changes affecting claims for financial provision.
The new Act also makes it easier for dependants to claim financial support from a deceased partner or parent if they would not receive anything under the intestacy rules and there are changes that allow trustees to use up all of the capital and income of a trust to support beneficiaries, whereas previously, under statutory law, they could only use up to half of the fund for that purpose.

Do all of these changes to the intestacy rules mean it is not going to be worth making a will?

Absolutely not! The intestacy rules even with these new revisions are still far from perfect and for many families can have disasterous results. Every family is different and assuming that a set of standardised rules will be sufficient to make sure their individual needs will be properly catered for is unwise. Avoid relying on the intestacy rules and you will avoid leaving your family in difficulty.